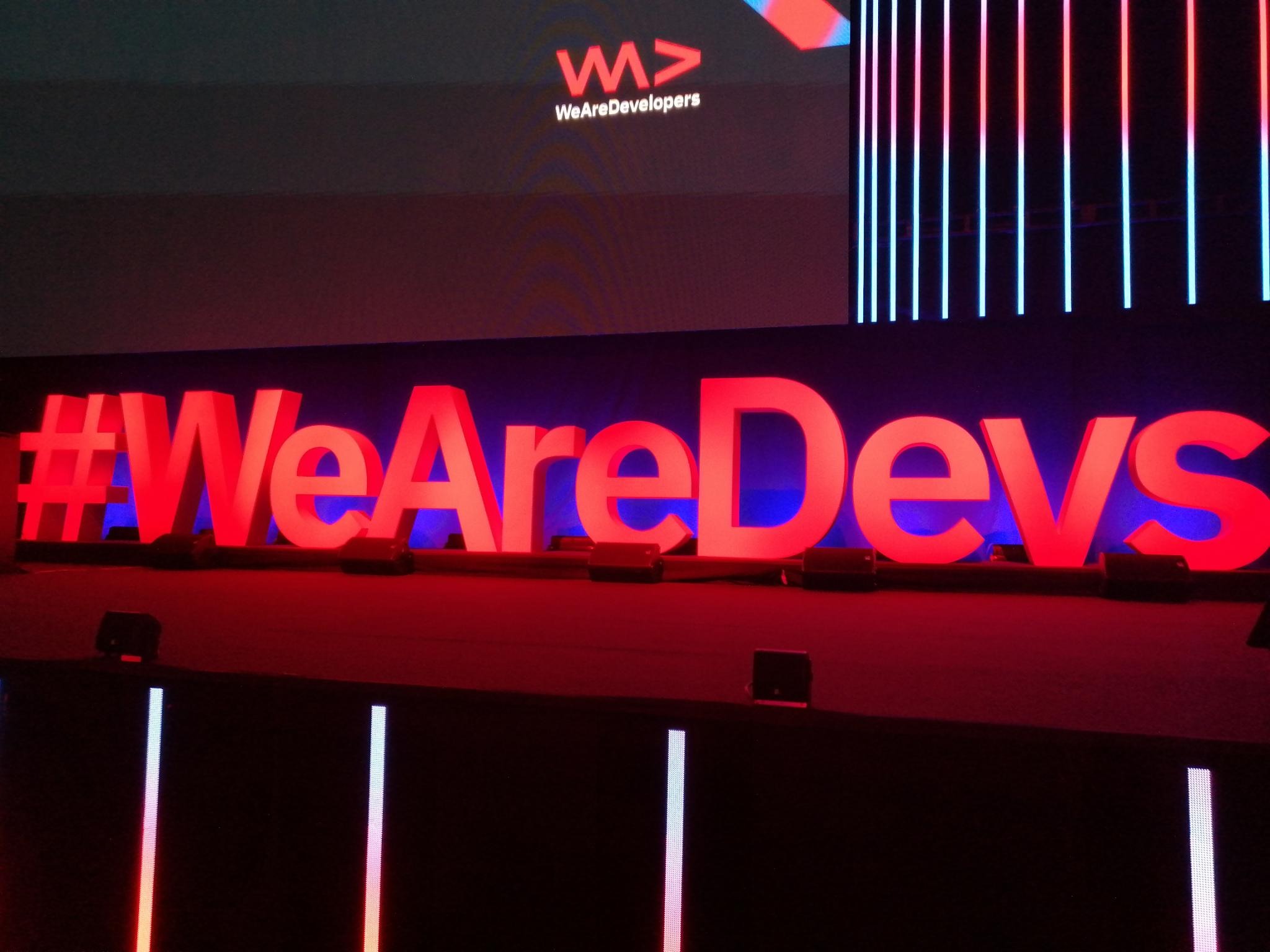 WeAreDevelopers was the first really big conference and event after Lockdowns. It started with a train ride from Wolfsburg to Berlin. Having worked in Berlin for a project, I actually missed going to the ICE Restaurant, drinking coffee and starting programming or reading a magazine. And I love that this train generally is too early (or punctual).

I reached Messe Süd where the conference took place and the first impression was a big queue. Sorry, but I only could find one end of the waiting line.

I was on time for the first presentation from Thomas Dohmke, CEO of GitHub. I realized he originally came from Berlin and is from the same generation of developers as I am. Might be his first computer was also a big investment and the usage has to be shared with all family members. Starting programming with the calculator was a way out for me.

Besides personal stories, the first topic I figured out was AI. I was a little bit afraid to hear that “80% of the code would be written by AI together with us” as Thomas Dohmke told us. So I also listened to the next presentation “Staying Safe in the AI Future” from Cassi Kozyrkov at Google to get a better feeling. But I read and heard “Algorithmic bias occurs when a computer system reflects the implicit values of the humans who created it” – and I looked in the crowd and was afraid of having A future. There will be less than ten per cent of women in this beautiful AI future? Ok – no queues in front of the toilet at this conference might be an advantage. But is it the most important fact? At these kinds of conferences – I want to have the same queues in front of women’s toilets as men’s toilets (of course by having the same amount of toilets) to get a better AI in the future for men AND women.

The rest of the day was planned – and I tried to follow the plan – going from one crowded place to another. I heard somthing about using Python for web-apps, I saw real Venture Capitalists (I admit the first time), heared a lot of cool technical stuff and collected ideas. I got popcorn an a really interesting MIT magazine from heise.

I went home by train in the ICE restaurant and reached Wolfsburg a few minutes too early (This is becoming a problem if you have to pay your bill in the restaurant before leaving).

No comments to show.